(D/A) From the north end of the lay-by, cross the A81 onto a single track road at the other side, passing some houses on your right.

Continue gently uphill for approx 800m. Along the way you'll pass a house on your left, cross a bridge over a burn and then pass a third house.

(1) Just beyond the third house you will reach a wide track which you cross straight over (East) onto an open grassy area.

(2) Follow a grassy path leading towards some trees at the foot of the mountain and after crossing over two stiles you are ready to start your ascent at a particularly boggy area!

Take care at this point: there are two possible routes up. The most tempting one is to make a beeline for the summit on an obvious track heading east. It is however extremely steep so my suggested route is detailed below.

Follow the footpath which bears left (North East) from just beyond the stiles (2). Note that it is very easy to miss (see image on Gillian's Walks for an illustration).

At 310m elevation the path swings round to the right (South) just below some crags.

(4) Traverse the hillside for 80m then turn left (North East) at a fork to start climbing to the summit (5).

From the summit, retrace your steps back to the lay-by (D/A)

For more information and a walk review, visit Gillian's Walks

Terrain
Surfaced roads and steep, grassy mountain paths which can be boggy. Two stiles. Exposed in places with craggy areas. navigation skills are essential. It is advised to carry a map and compass and know how to use them. 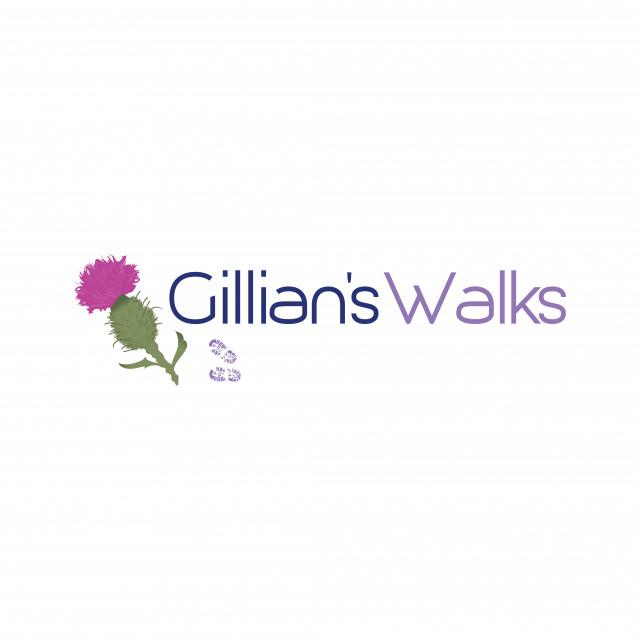