This easy circular town walk can be completed in under two hours, but it is better to take at least a half day, so that you can explore some of the monuments, historical sites along the way, linger in the attractive parks, visit the museum and cafe in the Pump Rooms and enjoy the tranquillity of the Grand Union Canal and River Leam. This is walk 13 from the 44 composing the Millenium Way.

(D/A) Exit from the car park adjacent to the Newbold Comyn Arms, and turn right (West) on Newbold Terrace East in the direction of Leamington to go past the Newbold Comyn Leisure Centre on your left. You have now joined the Millennium Way. Walk on the wide tarmac footpath on the left side of the road.

(1) Watch for Newbold Terrace East cul-de-sac on the right then, after the trees end on your left go diagonally 1/2 left (South-West) across a grassy strip to walk with shrubs and trees left.

At the corner, by a waypost, enter the tree line and follow the path left down to the corner gap to Willes Road. Cross the road carefully and take the entrance opposite into Jephson Gardens Riverside Walk. Continue on the path ahead, passing the Aviary Cafe and Garden Glasshouse (entry is free) keeping to the right of the lake, to exit opposite the Royal Pump Rooms onto B4087.

Take the unusual Rainbow Pedestrian Crossing and go left (South) on B4087 road, passing the famous stone water fountain, to go over the bridge and take the first road right (the unsigned Spencer Street) opposite All Saints Parish Church.

(2) Then go left onto Lower Avenue, passing under the railway bridge to find the junction of roads with A425. Go straight across to take the right-hand side of Tachbrook Road. After 50 yards, before the brow of the bridge, take entry to the towpath on your right.

Turn right (West) onto the towpath (do not go under Bridge 41) and go along this pleasant section of the Grand Union Canal. After ½ mile go under the footbridge 42 and turn immediately right (North), leaving the Millennium Way to meet the main road (A452). Walk right to cross the road via pedestrian crossing, then left back towards the roundabout and follow the pavement, turning right down (North) Princes Drive.

Stay on the wide pavement down Princes Drive under the railway bridge, past Foundry Wood, to reach the viaduct spanning the roundabout. (Alternative start)

(3) Go under the right-hand arch of the viaduct and cross over Park Drive via the pedestrian crossing. Enter Victoria Park immediately ahead, then take the left-hand path towards the play area. Just after the skatepark take a short path left to reach the riverside path.

Stay with River Leam on your left and pass the play area, the riverside cafe and the immaculate bowling greens. Shortly the path forks so take the left fork to go under the road bridge (A452) using the short tunnel. Continue on the path until you descend the flight of steps.

(4) Turn immediately left (North-Est) across the bridge, then right (East) to continue now with river right. Follow the path with the rear of Royal Pump Rooms and cafe on your right to reach the main road (B4087) and turn right, once again passing the same drinking fountain (get a hot sausage roll at Londis over the bridge?).

Pass All Saints Parish Church and The Old Library pub on the other side of the road. Continue South-South-East ahead over busy traffic lights and under the railway bridge into Clemens Street, where you can see the first of several excellent murals. Keep ahead on the left of the road to find a bridge over the canal and just before the brow take the narrow gap left (East) and drop down onto the towpath of the Grand Union Canal to go left and walk with the canal right. Stay on the towpath for nearly a mile passing under bridges 38, 37(a) and 37 (The Fusilier pub and some takeaway shops are over the canal).

(5) As the canal bends right, keep a lookout for an exit left and take the steps down to join the main road (A425). Cross over safely and turn left (West-North-West) continuing along the pavement with the hedge right. After 300 yards take the path right North (signed Riverside Walk) to walk through a small parking area.

Stay ahead to cross the wooden footbridge over picturesque River Leam to enter Leam Valley Local Nature Reserve. Immediately after the bridge and before the information board, go left keeping the river on your left. Where the track forks, stay left and take the metal kissing gate directly ahead, then cross a small bridge.

(6) Here you leave the river as it bends left and walk fairly steeply uphill to enter a childrens' play area. Continue through the play area, passing the red-painted swings on your left to reach the access road, then turn left (North-West). In a short while, you will arrive back at your starting point for refreshments at the Newbold Comyn Arms pub.(D/A)

There are numerous opportunities for refreshment along the route or you may prefer to complete the walk and try the Newbold Comyn Arms. For the first part of the walk, you will enjoy a section of the Millennium Way where it passes through Leamington Spa.

You can make this a 9 mile walk by starting at the public carpark at Waypoint (3) and adding our Warwick Circular afterwards or prior.

Points of Interest - What to know and what to see.... by Andy Botherway

In 2021 several excellent pieces of artwork appeared along the stretch of canal which you use on this circular. Banksy has a local rival. It is a real highlight of the walk, especially the cat which is better viewed on your phone camera.

On this circular walk, short sections of the route are along roads but mostly you will be walking along the riverbank, near to parks, or by the canal. Also, you will pass the historic Warwick Castle and St. John's House Museum near to the centre of Warwick. During the first part of the walk, you will enjoy a short section of The Millennium Way where it follows the Grand Union Canal. This is the walk 10 from the 44 composing the Millenium Way.

This walk goes across mostly flat open countryside between Hunningham and Weston under Wetherley. The first part of the walk follows a very short section of the Millennium Way. This is the walk 8 from the 44 composing the Millenium Way.

The Pleasance and Meer End from Kenilworth
Walker

A pleasant walk through the Warwickshire countryside. The start is Kenilworth where you have the opportunity to visit the castle. The route includes a section of Millennium Way long distance footpath.

The Warwickshire countryside is filled with an abundance of beautiful plants, birds, animals and bugs all year round – particularly in the spring and summer.

A stroll through rural Warwickshire with no destination in mind. This route includes paths, country lanes and a section of the Grand Union Canal. 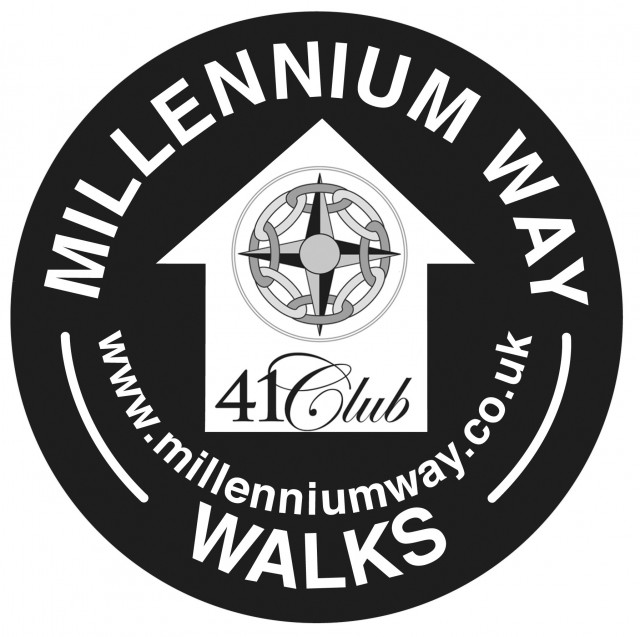 The Millennium Way is a beautiful long distance trail across the Heart of England.. The original Millennium Way Trail was created in the year 2000 by 41 Club, which consists of ex Round Tablers ( www.41club.org if you wish to make contact). In 2012 it was enhanced by 44 fabulous circular walks as listed below. If you do every circular, you will have walked the whole 100 mile trail!