Not a long walk but with some quite steep sections.

(D/A) Turn right from the pub car park and then left into Fawley Bottom Lane. Walk past the right turn into Mill Close and then turn right on a footpath which rises steeply for 1km.

(1) Cross the road and follow the footpath (Oxfordshire Way) opposite which descends to pass Henley Park.

(2) At the cross-track, shortly after Henley Park, turn right and follow the path which descends to Lower Assendon. Turn left and follow the road to meet the main A4130.

(3) Cross the main road and turn right for a few yards before turning left on a footpath which skirts the left hand edge of a cemetery. Climb quite steeply for 400 metres and then turn right on a well-defined path. Follow this path for 500 metres and then turn right where the tracks cross. After 700 metres the path meets a road. Go straight ahead on the road to pass Bix Manor and on the opposite side of the road there in the restored Water Tank.

(4) On reaching the main road (A4130), cross it with care, then continuing in the same direction walk along the minor road opposite Bix Church. Walk diagonally across Bix Common from the Church to a road.

(5) Turn right and walk down White Lane for roughly 300metres and then turn right on to a footpath marked by a fingerpost, and follow the path downhill until you reach the B480. Turn left and return to the Rainbow Inn. (D/A)

Henley Park was a medieval deer park and the house was once the dower house for Fawley Court.

Bix Manor is a 17th century house with alterations dating from 19th and 20th centuries. It is now popular as a wedding and functions venue.

The Water Tank at Bix was constructed in 1895. Water has always been scarce in the Chilterns but during the second half of the 19th Century, it was discovered that a lack of clean drinking water was not just an inconvenience, but the cause of significant and often fatal diseases such as cholera. Consequently, efforts were made to improve the water supply. After the advent of piped water, the tank fell into disuse and became derelict but was eventually restored between 1998 and 2002. Boris Johnson MP took part in the commemoration ceremony.

A medium length walk with a couple of steep climbs en route.

A medium length walk with a couple of steep climbs en route.

There are some hills to negotiate on this interesting and enjoyable walk.

Apart from a short climb mid way through, it is easy walking for the rest of the route.

A long walk with some hills to negotiate and some lovely views. 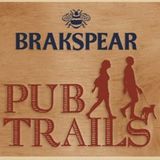 What could be better than a country walk to get the blood pumping and some fresh air in your lungs followed by a well-deserved drink and a bite to eat in the pub? Well how about three walks from that pub so you can decide how far you want to walk? Download our maps below, or pop into the pub before your walk to pick up a copy. Don't forget to book a table if you want a bite to eat at the end of your walk too. These walks have been put together by TOE2 volunteers, so if you spot something that might make life easier for future walkers, please get in touch by emailing info@brakspear.co.uk To find out more about all our pus please visit www.brakspear.co.uk